The development course of the guitar

Between 1920 and 1930 someone try to pick – up pick-up is installed on the guitar. Rowe – deamond company invented the first pickup can clip on the guitar sound hole, but the real develop “electric guitar” should belong to Gibson. Early “hollow electric guitar” just a pick-up in with arched panel, f type steel string guitar sound hole, Gibson es – 150 was introduced in 1935, is a hollow electric guitar, the guitar can be fully used as a hollow guitar. Pickup is only used to enlarge its sound. This is the biggest drawback of the guitar has a very strong feed – back feedback effect, that is to say, in the use of voice often produce don’t need (ted nugtnt used by early bird land is this guitar, but ted nugent can control this kind of feedback and become one of his skill in playing). Gibson was produced after 1985 so-called “half hollow electric guitar” e335, this type is thinner than the earliest hollow electric guitar sound box, and the string under the pillow mat to a wood keyed reduction effect, this type of guitar big popular with jazz guitarist, like b.b king guitar “lucile” called for this kind of type.

Can really be called “electric guitar” should the true heart of the guitar, this completely on pick-up and amplifier to make a sound, not by echo chamber. The origin of the electric guitar is popular in 1920 and beyond the influence of the “Hawaii” guitar, Hawaiian guitar is no sound box, all of the string and pick-up is fixed on the solid wood. The piano without feedback problem, country band have to use it to do a solo instrument, until now still is an indispensable tool in country music.

Early Hawaiian guitars and hollow electric guitars are all very large pickups, Les Paul is one of those who would like to improve this bulky pickups, but no matter what kind of pickup he can not solve the back. After seeing the electric solid violin invented by Edison King, he thought of using a solid guitar. In 1941 he persuaded epiphone guitar company let him use the work room on Sunday, he will be an epiphone f hole hollow guitar cut in half, and then a solid piece of wood in the middle, and then two pickups fixed in this piece The famous “log” guitar was made on a solid piece of wood, and he found that the issue of feedback never happened again. For the next few years, Les Paul wanted to sell his idea to gibson guitar company, but Gibson had no interest until Gibson promised to design a guitar by Les Paul in 1950. In 1952, this les paul Solid electric guitar came out, until the end. Les paul’s guitar was originally designed for jazz, but later guitarists found that les paul was the perfect heavy-metal guitar. From the early led zepplin the Jimi Page and kiss Ace Frenley to guns’n’rose slash are used to les paul guitar famous, which in turn is less than paul les. Until now, Les Paul guitar remains one of the best electric guitars and this model has a profound impact on the development of electric guitars.

Although les paul’s “log” guitar is the world’s first solid electric guitar, the broadcaster that leo fender launched in 1948 is the world’s first electric guitar on the market. Leo Fender was originally a hobby to repair his radio when he was young, but after 1930 he worked as a speaker and radios for a living. In 1944 he and the then employee of the rickenbacker guitar company that produced Hawaiian guitar ‘lap steel’ at the time ‘doc kauffman formed k & f and began manufacturing k & f lap steel and a small loudspeaker. After leo fender decided to expand operations after 1946, he left the k & f company to set up the fender electric lnstrument company. In 1948, fender introduced the first electric Guitar broadcaster, has since rewritten the history of the guitar at the same time, also introduced the super amp.

The broadcaster, which quickly became telecaster, is an unparalleled masterpiece of innovation in all its aspects. This guitar, like Les Paul, has not changed much until now, but has been loved by thousands of guitarists from generation to generation. After the telecaster, Fender launched a series of guitars, but all evolved from telecaster. In 1954, Fender introduced a redesigned guitar “stratocaster”, referred to as strat. This guitar evolved from Gibsou les paul guitar. Guitarist Jim St Hertrix is ​​best known for using strat, others such as Eric Clapton, Jeff Beck, yngwie malmsteen, stevie ray vaughn and others.

Fender’s business is also booming as strat has become so popular since it was introduced, but leo fender was sold to cbs in 1965 by cbs (Columbia Broadcasting Company) in 1965 because of a doctor’s misconception that he was terminally ill. However, after he changed a doctor in the following year, the disease was fine. Most guitarists think fender quality has dropped since cbs hands down, so the fender made before cbs is much more sought-after; the fender was later moved to Japan and more for higher production costs South Korea, but fender guitar sales worse, and finally, cbs open auction fender company, the former fender employees made up of shareholders bought. Since Fender began production in the United States, and business is booming. The new piano has been introduced, the quality is good, it seems to restore the glory of the past. leo fender I worked with fender for a short while after my recovery, and worked with music man guitar companies for some time, finally working with g & l to design a series of guitar similar to strat and telecaster. In early 1992, leo fender died, generation guitar guitarist modern electric guitar invented by strat and tele guitar in this half-century do not know how many electric guitarists .Also changed the whole form of music, it can be said that there is no electric guitar Rock music, let alone heavy metal. 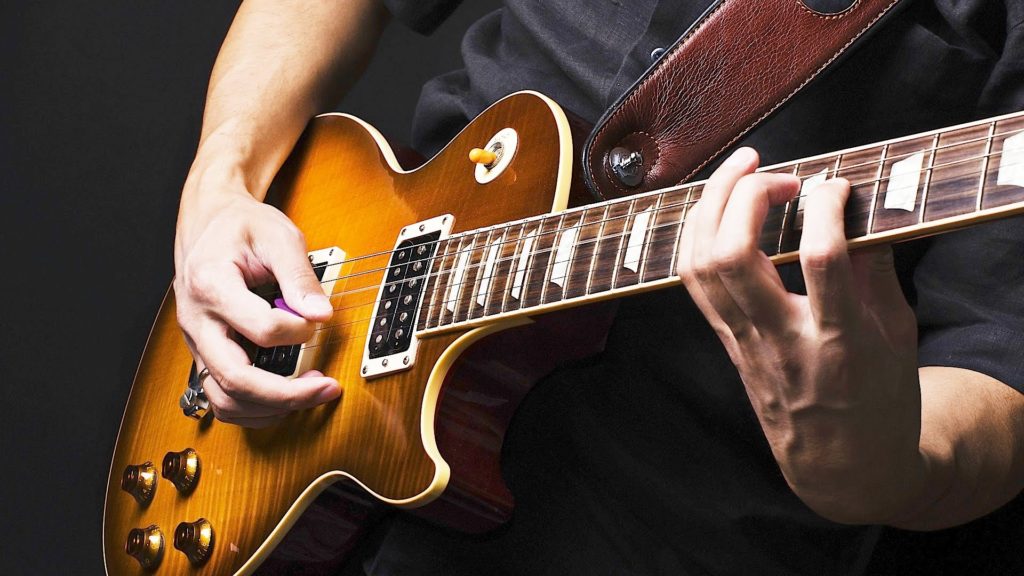 It is worth mentioning that another masterpiece of leo fender – bass guitar, bass hand in 1940 has been playing a double bass with a very large speaker. As the need for music, some people began to put the pickup on the double bass, in order to expand the bass volume, but a huge double bass use and carry very inconvenient .In view of this, leo fender invented the first bass Guitar, and came out in 1951. This bass guitar is called precision bass. The new bass and telecaster were similar, but soon they were strat-like and have not changed much until today.