1. Two Basic Requirements for Left Hand String
The sign of each finger on the left hand. In classical guitar, the left thumb is not used for stringing. The technical essentials and requirements of thumb and left arm have been explained in detail in the third lecture. Next, let’s talk about two basic requirements for the right strings of each finger of the left hand.
(1) Stand up: refers to from the arm, wrist, back of the hand to each finger to form a circular arc, the end of the finger joint should be vertical to the direction of the fingerboard as far as possible, with the tip of the finger down the chord. As long as people with basic physical knowledge can easily understand that only when the force is perpendicular to the panel, the force of strings is likely to be the smallest and the most labor-saving. If the end joint can not be pressed vertically, not only will it exert more force, the left hand is easy to fatigue and tension, but also will often push or pull the strings to the side leading to pitch deviation. Generally speaking, 2 and 3 fingers are easy to stand up, while 1 and 4 fingers are not easy to stand well. In addition, 1 and 4 fingers are more difficult to stand up because of their physiological relationship, but they also need to stand up to a high standard as far as possible. Over time, it will gradually improve until you stand up completely. Please practice hard. The plasticity of human physiological function is very great. Almost any well-trained guitarist and guitarist can point it out very well. From these small details, we can often see the standard and strictness of a person’s training and education.
(2) In place: The guitar is an instrument with high pronunciation requirements. At the same time, the guitar is prone to murmur. In addition to the weak volume, thin timbre and a lot of murmurs caused by incorrect right-handed technique, the incorrect position of left-handed strings also often produces a lot of murmurs, which makes the original charming and lovely guitar an annoying and noisy “noise instrument”. Left hand strings in place means that every time strings should be as close as possible to the pillar, but not to finger to the pillar or even to the pillar, so that the right hand can get the best sound with the smallest strength. There are two kinds of situations when the left hand is not in place. Firstly, when the finger is in the middle of the character or more close to the sound, the finger is too far away from the sound product, which will lead to the murmur of the product when the string vibrates. Secondly, when the finger is too close to the product column or pressed on the product column, even if the right hand is good at plucking the string, the sound will be dull or even silent. These two situations should be avoided as far as possible, and the requirements should be raised at the initial stage of learning, and strict and accurate chord-sticking habits should be developed.
2. Technical essentials of pressing and leaving the strings of the left finger
In addition to paying attention to the position and standing of the left hand, we should also pay attention to the direction of the left hand when pressing and leaving the strings should be perpendicular to the strings, so as to avoid a large number of murmurs when pressing and leaving the strings frequently with the left hand. Especially when playing three twisted bass strings, we should pay more attention to the vertical fluctuation, which is very important in Modern Guitar technology in the twentieth century. When pressing and leaving the strings, the fingers should take off and land vertically, just like a vertical landing aircraft. Only when pressing or leaving the strings vertically can the fingers move horizontally or vertically. What needs to be clear is that pressing and loosening the strings should be clearly separated from finger movement, which are two distinct left-hand technical movements. 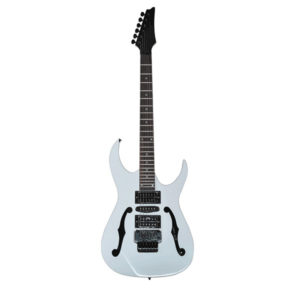