Why is electric guitar based on wooden guitar?

The core of electric guitar is speed, strength and delicate sense of music. In addition, we need to grasp the effect of electric guitar. A qualified electric guitar musician should be able to control the filling of his music in the band and play his role well. This is the basic quality of a musician.
As a result of the above rigid requirements, for a guitarist, there must be certain technical requirements, the following specific elements are what.
First, the Necessity of Basic Skills
Because of the pickup of the electric guitar, the small friction between the strings and fingers will make a lot of noise when we play, which requires our novices to develop a habit when practicing the piano, that is to say, the hands are more flexible and clean, so the basic skills training is one of the indispensable conditions for an electric guitarist!
Many excellent electric guitarists begin to learn from wooden guitars. Why do they do this? The reason is that wooden guitar practises basic skills very much. First, the strings of wooden guitar are thicker and harder. It’s very good for us to practice finger strength. In addition, wooden guitar doesn’t require so much timbre. It’s the timbre of the xylophone itself, so it’s the original sound when playing. It’s also very good for the practice of the original sound of electric guitar in the future.
Second, the control of performance effect
The effect is the timbre of the distorted electric guitar made by our electric guitar effector. Compared with the original sound, it has the timbre processed by electronic components. There are two kinds of commonly used effectors (single block). One is the electronic tube effector. This timbre is more rigid and suitable for playing more stressed music. The other is the diode effector, which has the timbre characteristics of this effector. It’s warm and suitable for playing Blus and country music. There are many kinds of effects, such as chorus, compression, overload, delay, drift, reverberation, balance and so on. The general synthesizer has the adjustability of these effects.
The learning of the wooden guitar will have a deep feeling for the effect. If you practice the wooden guitar well, you will have a deep control and distinction between the original sound effect and the distortion effect, and it will also be easier to master the distortion effect.
Third, the skill of electric guitar is more complicated than that of wooden guitar.
Wooden guitar ballad or classical common skills are: breaking down plucked string, sweeping string, tangent, chord smashing, playing board, sharing plucked string, plucked sweeping string, plucked tangent, plucked muffled sound, overtone and so on. These skills can be played on the electric guitar, but because of the effect, the electric guitar has extended, strong force and chord, shake handle, point string, sweep wave and other skills! 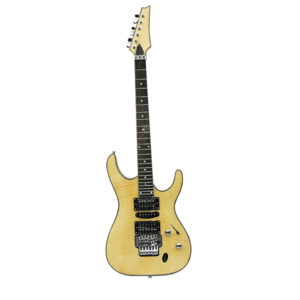