What is Jazz electric guitar？

There is no such difference in the style of the guitar. The guitar is the thing. The biggest and essential difference between the Jazz electric guitar and the ordinary music is that they use different scales, so the pop-up style and feeling is Differently, I give an example. This is a little bit different from the ancient Chinese that used the pentatonic scale and Europe used the seven sounds we now know well. It was designed to play Jazz electric guitar in structure and other kinds of guitars. Differently, the Jazz electric guitar has a slender neck and uses a steel wire string. The resonance box is small and thin. There is an f-shaped sound hole on each side of the panel. It can be played without plug-in, but plugging in a loudspeaker will get more. Good results. The early acoustic guitar was a kind of musical instrument often used by jazz musicians. Although its voice was small and weak, there were still some outstanding guitarists who tried solo performance.
The jazz musician Charlie Christian of the 1940s pioneered the introduction of electric guitar into the jazz field. These special-technology Jazz electric guitars can still evoke thick, resonant hollow guitar music, and a remarkably loud band composition at any scale. Can hear it. The rise of the Jazz in the 1970s brought the importance of the guitar to the next level. The folk guitar is a steel wire string. It sounds very crisp. Suitable for solo. 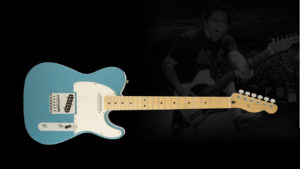 The previous article： The difference between folk guitar and classical guitar?
The next article：Acoustic principle of electric guitar