The level of guitar is the ability to control all kinds of music styles.

Then I’ll ask you a few questions.
1. Can you play accompaniment? Please don’t laugh. The electric guitar is actually the product of the development of modern science and technology. So the music it produces is actually modern music. Modern music is full of electronic things. Moreover, the rhythm diversity, harmony, and timbre of modern music have the meaning of a new era. He is more international.
So it requires guitarists to accept new things, such as new rhythms. Whether you can quickly find some suitable rhythms for a song that will refresh your ears directly determines whether you can play the metal style well. Especially in the new metal style, the application of rhythm is more diverse than before. If you can’t play the rhythm, even if you can play solo better, you can’t. Can you apply funk’s rhythm to pop, punk, metal songs? It’s rhythm, maybe many people, and I’ve been practicing rhythm.
And the application of harmony, do you understand the usage of 7 and 9 chords, can you accompany songs of jazz style? If not, you have to make up for that, instead of compiling a song all day long, use a few trichords. Such a song is like mouse love rice. (I have seen a Cowman can play several versions of rat love rice, using different harmony and rhythm. And it’s very pleasant to hear. Niu, right?)
Why does the master’s music sound good, besides listening to his main music, accompaniment is also ambiguous. Listen to the music of John petrucci, VAI and other masters, you will find that accompaniment and the main music are equally important!
2. Are you creative? After playing the guitar for two years, I started to write. Actually, I started to write it just after playing the guitar. The music life of the electric guitar is not like that of the classical guitar. The music life of the electric guitar lies in the creation. Those who play the flip tune even if they can play the original version, at best, they show their basic skills and practice a lot. For example, the online Taiwanese guitarist Jerryc plays Canon. It can be seen that he is a good guitarist, but whether he is a good guitarist or not is unknown. Maybe so, but the video on the Internet can’t be reflected.
3. Do you have a good grasp of timbre? Do you know which timbre is suitable for that way of playing? I tell you that there is no absolute bad timbre, only guitarists who can’t grasp the timbre.
4. Is your solo humane? First of all, there is no quantitative standard for speed. You can play 200, so the speed of 200 is based on what you play? Half scale? String? Duet? Even if you are fast, do you know when to be fast and when to be slow in a song. Don’t be fast, it’s an old routine. Playing solo is more about breathing. A good application of rhythm to play things, more than 200 things can move people’s hearts. In fact, speed is a basic skill, such as kneading strings, pushing strings. When you flip other people’s things, slowly one by one sound stable, slowly improve the ability of fingers, not too concerned about their own speed to play how much, in fact, slowly their own speed will go up (say basic skills up more appropriate) until I achieve. You don’t know what your speed is, but you know what your level is like. Some people may not know where their level is when they reach more than 200.
5. Eventually you have your own work to record. But do you know how to tune a recording? Do you know how to arrange the parts of a song so that you don’t fight? Can you keep the rhythm accuracy of your recording (the recorded guitarist probably knows that it feels absolutely different when recording and rehearsing)? Do you know how to add effects? Thousands of effects don’t just make you lose tuning? Really play with dry piano timbre. Are there any solos and rhythms that need to be added? How? And….. Don’t rely on the recorder for anything. Only you know the effect you want best! 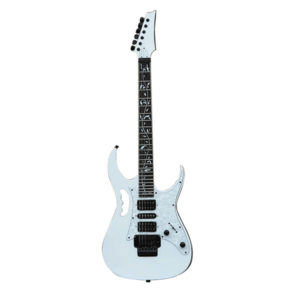