The Importance of Electric Guitar Tremolo

Bel canto singers have to learn for many years and put a lot of effort into mastering how to use their voice to sing a good tremolo. But many guitarists never thought they would spend more time mastering tremolo skills. Many guitar teachers themselves do not attach great importance to the role of tremolo skills, they just teach this skill as an additional content to students, and do not emphasize the importance of rubbing string tremolo to them.
I think the most infectious vibrato is slow or moderate but with a larger amplitude. However, a small rubbing is sometimes necessary, usually in very slow and gentle phrases.
Fast chord rubbing is sometimes very effective, but be careful when using it, because it can sometimes make the voice out of control, or even inadvertently cause out-of-tune sound. I don’t often use fast kneading and small kneading, but I never use the fast and small kneading.
For inexperienced guitarists, there are some common problems in chord rubbing skills:
1) String rubbing is abused. Some guitarists add chord rubbing whenever possible. The consequence of overuse of string rubbing is that it loses its influence on the audience where it is really needed.
2) The kneading range is too small. The sound of this string rubbing makes you appear cowardly and timid unless you play particularly soft sentences.
3) The vibrato of rubbing string is not continuous enough. Sounds quickly fade away, making people feel inactive. This often makes the end of the music sound boring.
4) Too fast kneading speed. The tremolo sound is like an annoying buzz made by a flying insect in your ear, and the pitch of the notes tends to get out of control.
5) No or little use of rubbing strings on the pushed tone. When the strings are pushed up, the sound of the notes decays much faster than normal without the support of the rubbing strings. If you don’t know this yet, you can compare the use of rubbing with the non-use of rubbing (especially in the case of push strings), and you will find that rubbing can be very effective in helping to sustain the sound.
6) Running out of tune. The sound is very bad. This problem is also very common. When rubbing a string, the left hand will produce pitch differences when the force of the strings is different each time. So when you knead the string, make sure that each push reaches the same position. Another cause of note misalignment is that the strings are not relaxed back to exactly the same pitch after each push. If you have such a problem and don’t know how to solve it, I suggest you use a pronunciation meter with a pointer when practicing. Look at the pointer to ensure that each push and release reaches the same position. This is very helpful for practicing slow strings. 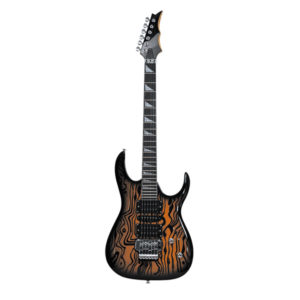