Key Points of Folk Ballad and Guitar Playing
The classical guitar has strict requirements on playing style, plucking method and nail trimming. The folk guitar is relatively free and casual compared with the classical guitar.
The ballad guitar can be played standing or sitting. Sitting bullets usually put the right leg on the left leg, so that the resonance box depression of the guitar is disposed on the right leg; there are also legs flat on the ground, and the resonance box depression of the guitar is disposed on the right leg. Standing bullets are tied to the strap and carried between the shoulder and back. Whatever position you take, you should relax your body and tilt your head upward slightly.
Introduction to Guitar Fingering
Left hand movement
The wrist should be slightly outward.
In principle, the thumb should be in the middle of the neck of the piano. The direction of the thumb should not be parallel to the fingerboard, and should be between the index finger and the middle finger. But the neck of the ballad is narrow, so the thumb’s fingering is not unchanged. Sometimes the thumb can also press the strings. Whatever finger position is used, it should be helpful to change the handle.
There are many combinations of index finger, middle finger, ring finger and pinky finger, but there are some rules that must be adhered to:
(1) Each finger should be stringed with its fingertip.
(2) Each finger should press the chord as perpendicular as possible to the angle of the finger pull.
(3) String position should be as close as possible to grade.
(4) Each finger joint should be curved, not rigid or inward curved into folded fingers.
Right hand movement
Many people think that the left hand is very important and ignore the right hand. The playing of the right hand is related to the change of timbre and the disposal of emotion. Take the elbow as the fulcrum of the right hand and place it lightly in the protruding place behind the box. The wrist protrudes slightly outward to facilitate finger strings. The thumb should be in front of the other fingers, not behind the other fingers. In principle, the thumb is responsible for 4, 5, 6 strings, the index finger for 3 strings, the middle finger for 2 strings, and the ring finger for 1 string. The position of the strings is usually near the sound hole.
There are two ways to pluck a string with the right hand, Apoyando and Al aire. It is usually used for melodic and bass notes. It is usually used to break up chords and fast phrases.
The gesture of the ballad guitar is more casual. The above mentioned are general principles and rules. One day you will be shocked to see the ballad guitar master playing the piano. Eric Clapton, the blues guitar master, has some different gestures. His fingers are longer, but the basic principles are unchanged.
Frequent Questions on Introduction to Guitar
1. Unable to hold the chord is usually the middle of the chord.
Poor independence, which mainly refers to uneven left-hand strength. Interaction. When pressing a chord, it can be done step by step, that is, pressing the two chords of the whole chord first and then one more, until the whole chord is pressed properly. In addition, practice climbing grid, exercise refers to a good method of independence.
Murmur occurs: Vertical strings are repeatedly emphasized, and the fingers of the strings always encounter other strings. Vertical strings. Don’t always watch some videos, referring to people who are leaning on the strings to learn from others, but they are at such a high level that they can make a sound if they don’t follow the strings (what VAI someone uses and the foot of an electric drill has not been found for the time being). We still follow the rules and follow the rules. Vertical strings ensure that the fingers of the strings do not affect other strings, especially when strings are pressed. If you want to be vertical, it’s easy to send your wrists out, just like a chicken’s paw crazy, the more like, the more vertical!
2. Poor conditions.
No way, they all picked up the guitar, that is to say, play it safely. Practice hard! There is no direct relationship between the conditions and the level of playing the piano. Poor conditions mean that you have to work harder than others, but as long as you work hard enough to play a good piano, there is no problem. 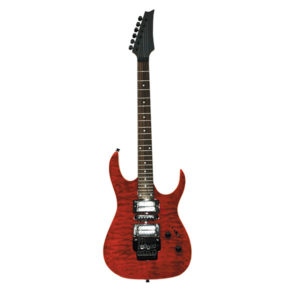